A walking itinerary from Arrone to Tripozzo

A beautiful sunny day, mild temperatures, and a craving to explore a corner of paradise. If you're looking to escape into Umbria's nature, this itinerary might be just what you need. Today we take you to Arrone, a small town which owes its name to a Roman noble who in the 9th century took possession of the hills around Valnerina and had a castle built there, first from wood and then from stone.

Located near the valley of Castel di Lago, the town still preserves its typical medieval structure, with its ancient walls and narrow alleyways. The town's two main clusters are constituted by the defensive wall, the so called terra, and by a more recent part, called rione Santa Maria, centred on the square of the church of Santa Maria Assunta, dating back to the 15th century.

From here our itinerary climbs up Mount Arrone. This is not a difficult path, and once we arrive to the top we can enjoy a truly unique and evocative vista. At the end of the 19th century, two bronze statuettes were discovered here, together with a marble statue head belonging to a female goddess. These discoveries testify to the importance of this area to the whole of Sabina.

We thus descend towards Valle, and then climb again up mount Tripozzo, walking among the olive trees. A real delight for the eyes with the typical flavour of Mediterranean vegetation.

We arrive to the San Lorenzo fresh water spring, near the remains of century-old mills, confirming the human activity connected to olive cultivation since the depths of time.

We continue our journey until we reach the country town of Tripozzo, opposite Montefranco, a vast expanse of woods, mostly oaks and pines, in which to find some inner peace. 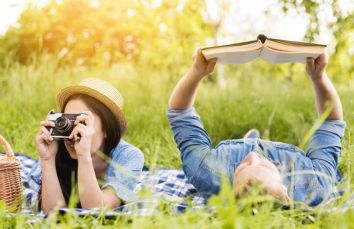 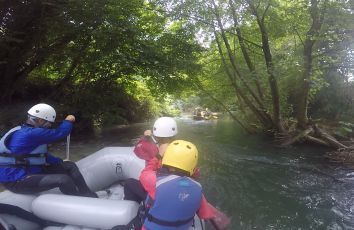 Hiking
Ciclovie
Italy Coast2Coast
From the Adriatic to the Tyrrhenian Sea, through Umbria, on foot and by bike Lakes, rivers and waterfalls
Discovering the Valnerina
Hiking
Marmore Falls footpaths
Lose yourself in the hearth of this waterfall along the six natural paths which weave their way inside the Park.

Hiking
Walking paths
Lauretana Way
On the road between nature and mind, exploring an open – air museum of locations, routes and memoirs.